Friendship is also the art of building circles of support in crisis situations. The Circles of Art. Foundation is organizing a charity concert under the slogan “Friendship wins” with the intention of collecting funds for the inhabitants of the most affected by the coronavirus epidemic of China – the city of Wuhan in Hubei Province.

Polish Art, thanks to the promotional activities of the Polish Circles of Art in China Festival, has been reaching more than one billion recipients in 22 significant cities of the Middle Kingdom since 2016, at the same time breaking the stereotypical view of China inhabitants on Polish culture, so far associated primarily with the achievements of Fryderyk Chopin. In the circle of artists presenting  the cultural Polish achievements to the Chinese audience, besides jazz composers, performers and folk music concerts, there were also native creators of visual arts, film and video games.

“The power of art is to create connections between people in the world,” said musical genius Quincy Jones at the Asian Music Award. The Circles of Art Foundation creates intercultural bridges for the recipients of the art and its values, and now – in the situation of a deepening epidemiological and economic crisis – wants to use them to provide humanitarian aid.

March 9th, 2020 at the Witold Lutosławski Concert Studio of Polish Radio in Warsaw under the slogan “Friendship wins,” will perform artists who accepted the invitation of the Circles of Art Foundation to participate in a charity concert. The total amount collected from the concert will be provided to buy the necessary hygiene products, such as disposable masks, thermometers etc., for institutions in Wuhan and other cities of the Hubei province, which will be indicated by the Embassy of the PRC in Warsaw. Thanks to this initiative, specific help will be provided to city residents. It will also be an important, symbolic gesture of Poles solidarizing with the Chinese in the fight against the epidemic and its consequences.

In times of increasing epidemic threat, a friendly attitude of commitment and help to victims in various regions of the world is also one of the ways to protect own health. We invite you to the concert!

Information about concert tickets – charity bricks from which income will be provided for charity in China will appear on our website and FB profile and also on distributors websites: on https://goingapp.pl and https://empikbilety.pl/ and in Empik stores. 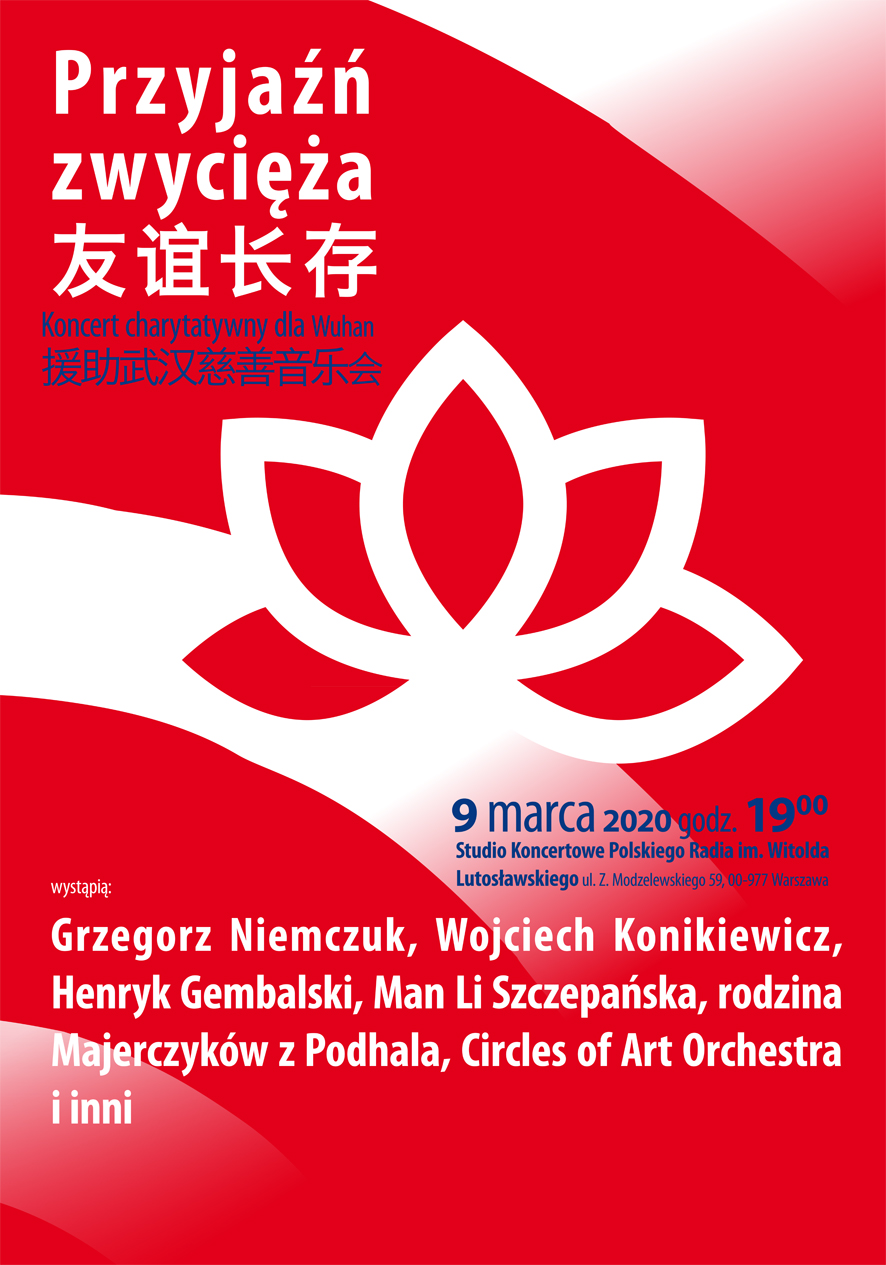