Do Fine Arts matter in the production of computer games? Do artistic education, sensitivity to beauty, knowledge of art history come in handy when designing game levels or 3D models? These are the questions we will try to answer during this lecture. If you love art and video games, you’ll probably also like computer graphics design. It is worth learning the relationship between them. 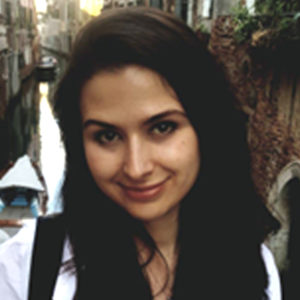 Karolina Koszuta Caban is a Design graduate from the Academy of Fine Arts in Katowice and a co-founder of Carbon Studio. Her interest in contemporary forms of art and new media, such as virtual reality, allows her to dive into such areas of game development as environment design, virtual modeling, and other aspects of harnessing new technologies in emerging forms of Entertainment. Her experience and diverse interests allow her to shape the ways in which Carbon Studio grows and enters new VR markets.

Carbon Studio is an independent studio developing applications for personal computers and mobile devices, exploring the potential offered by Virtual Reality. ALICE VR – Carbon Studio’s first game debuted on Steam and Gog.com on 27th October 2016. The Wizards – our second VR game, released in Early Access in July 2017 and completed in March 2018. More than games: another area of interest for Carbon Studio is the application of VR outside entertainment. We successfully create training simulations, architectural visualizations, and other VR projects.