Project The Circles of Art Orchestra was created by Wojciech Majewski – director of the Circle of Art Festival. He invited Wojciech Konikiewicz, composer and jazzman, who created super group. He collected the elite of the polish jazz and the project debuted in 2018 with well received concerts in China. In 2019 the group comes back to perform in Middle Kingdom with partially changed squat.

All arranged by Wojciech Konikiewicz 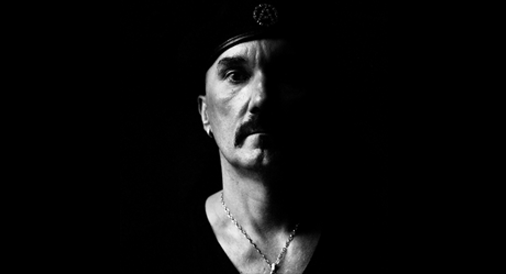 For years, the leader of the band Wojciech Konikiewicz has been creating music based on both idioms of jazz and Polish ethnic tradition as well as contemporary classical music. He is also inspired by the music of other cultures – Asian or African. In 2016, he successfully presented his jazz interpretations of Polish and Chinese folk music with his Chinese trio. In 2017 he made an ambitious project inspired by Korean poetry, combining Polish, Korean and traditional Polish music – The Warsaw – Seoul Bridge, which was also well received, presented at the Jarasum Jazz festival and concert tour around the country. Konikiewicz is also a highly-regarded creator of film and theater music as well as electronic and contemporary music. All in trends and inspirations focus in the author’s concept of music, which the artist will present in Circles of Art Orchestra. It will be modern Polish jazz based on spatial and refined sound, with emotional and supportive character skills of the musicians. 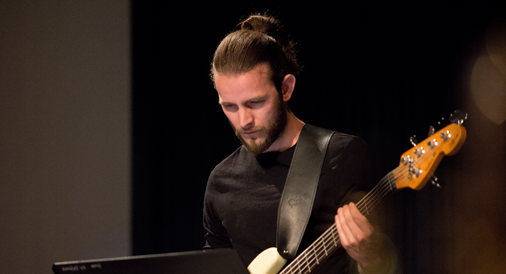 Maciej Matysiak – bass and double bass guitar player born in Gdańsk in 1985. Winner of the most important Polish jazz festivals. He cooperates with several Warsaw theaters on a daily basis and works with pop, jazz and rock artists. As a session musician, he is valued for his racial sound and freedom of playing in many styles. He has performed in Germany, Italy, Austria, Spain, Brazil, Korea and China.

Trumpeter, born in Croatia, but living in Poland since the age of 8. He studied at the Academy of Music in Gdańsk. Member of the NSI quartet, he received many favourable reviews from critics in the jazz scene in Poland after releasing the album “Introducing NSI” and winning the 36th Jazz Juniors competition. Cyprian Baszyński performed alongside Marcin Pospieszalski, Piotr Baron, Frank Parker, Joachim Mencel, Wojciech Groborz, Jan Plicha, Paweł Kaczmarczyk and Zbigniew Namysłowski.

Composer, saxophonist, arranger. He has a characteristic expressive sound, paired with a virtuoso playing technique. He tries to couple distant genres and sounds in an unconventional way. In 2011 his Maciej Kądziela Quartet won the Grand Prix at the Jazz on the Odra Festival. Thanks to the Nordea Fonden scholarship he left to study in New York in 2014. He gave concerts in Poland, Denmark, Sweden, Norway, Switzerland, Spain, Italy, Czech Republic, Slovakia, Ukraine, Belarus and Germany.

Drummer, graduate of the Jazz and Entertainment Music of the Music Academy in Katowice and  Jazz Department of the Music Academy in Krakow in PhD Łukasz Żyty class. He was collaborating with such musicians as: Janusz Muniak, Marek Bałata, Adam Kowalewski, Piotr Żaczek and many more. Currently working permanently min. with the New York Nat Natborn Band, Flue, Wojciech Klich, and the “Trzy” group. Every day he gives concerts and records CDs with many artists as a session musician, perfectly finding himself in many different music styles.